A Celebration with the Pride Center of Vermont In celebration of Pride this year, we sat down with our friend Justin Marsh, the Director of Communications & Development at the Pride Center of Vermont. We’re excited to partner with PCVT for the second year in a row to make a donation in support of the great work that they are doing in our community. This year we’re also making a donation to support THRIVE, their program that provides support, programming, and community queer and trans people of color across the state.

Read on to meet Justin and discover the inspiring work that they and the Pride Center of Vermont are doing in the state of Vermont.

Can you share the history of the Pride Center of Vermont?

Pride Center of Vermont celebrates, educates, and advocates, for and on behalf of LGBTQ+ Vermonters. We've been a crucial resource for queer Vermonters since 1999. We have programs for the entire intersectionality of the community — people of color, people with disabilities, transgender folx, families, those over 40, women — there is quite literally something for everyone. While our services extend statewide (and even beyond!), our physical space is located in downtown Burlington by the South End waterfront.

We’re so glad to have you here in our community! Can you tell us more about the mission of THRIVE?

THRIVE is run by three of our POC team members, Reggie Condra, Richard Elliott, and Gustavo Mercado Muñiz. They are three of the most open-hearted, community-minded folks that I know. The whole mission of THRIVE is to ensure that QTPOC (queer and trans people of color) Vermonters know that this community center is one for them too. Vermont is such a homogenous state, one of the whitest in the nation, so making space for folx who hold multiple marginalized identities is of the utmost importance.

THRIVE hosts social gatherings and programming specifically by and for the QTPOC community so that we can foster inclusive space.

Sometimes its family dinners, other times movie nights — it's also driven by what participants want to see. Funding for the program is primarily fed via our HIV prevention grant, which limits us a bit as to the demographics we have the ability to reach out to, so more widespread funding sources (read: unrestricted funding) is more important than ever.

When did you first join the Pride Center of Vermont?

I started at the Pride Center as a marketing consultant, working on a campaign in 2018 that focused on taking gender out of cancer screenings. Newsflash: some men have a cervix and breasts! We did a campaign called "Got 'Em? Screen 'Em!" which was sent statewide to healthcare providers. We've since received national attention for the campaign and other states have replicated the messaging. From there, I was hired to organize the Pride Festival & Parade for Vermont, a huge undertaking — but one of the most meaningful experiences I've ever had.

Later that year, when there was a vacancy in this position, I was hired as Director of Communications & Development. Like most non-profit positions, we don't have funding for my entire position, so I also still organize Pride, and work with the Health & Wellness program on several grants (cancer screening awareness, tobacco cessation, and HIV prevention).

What I love most about my job is that I am able to be a professional queer and the amount of amazing Vermonters I've met through this position.

Please tell us about Emoji Nightmare and your work as an entertainer!

Emoji Nightmare has been kickin' it in the 802 since 2015. I started out by attending queer events in kooky outfits and was quickly encouraged to start performing. I started performing in a drag cabaret which is where I met my best friend, Nikki Champagne, and together we started a drag empire here in the state.

We founded the Vermont chapter of Drag Queen Story Hour, created a public access television show that focused on arts and activism and have constantly found ourselves on the front line of activism.

We produce the largest queer events in the state now with the mission and philosophy that we foster inclusive spaces that are free of misogyny, transphobia, homophobia, xenophobia, and racism. Shockingly (or maybe not), there are still drag performers who center their performances around those themes — and our spaces are not for them.

What does your routine before a show look like?

My current skincare routine is really non-existent. But as I get older (omg I'm 31 - which is old for a drag queen haha) I am realizing the importance of taking care of your skin! I love it when I have enough time to have a cocktail while getting ready, relax, and not stress out (not always a possibility), and listen to some good pop music (follow @EmojiNightmare on Apple Music!) and that usually gets me in the zone.

My world has officially changed with the Nourishing Oil Cleanser! Never have I ever used an oil-based cleanser that so seamlessly removes the amount of makeup I put on with such comfort. I've used other oil-based cleansers and found them to bother my eyes, blurring my vision, that was frankly, quite painful. Sure, they worked — but they weren't fun to use.

With the Nourishing Oil Cleanser, I can bid farewell to wasteful and partially-effective makeup wipes too. In the words of Shangela: Halle-lu!

Thank you for sharing, Justin! Be sure to follow Emoji Nightmare and the Pride Center of Vermont on Instagram. 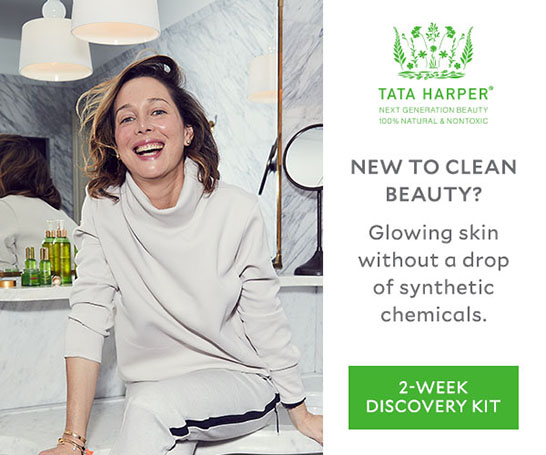